A burgeoning new lexicon emerged in the wake of the ‘Eurogeddon’ game of financial dominoes. Greece was not in default but merely ‘taking a haircut’ while the rest of Europe built ‘firewalls’ and ‘bigger bazookas’ to protect against what it termed contagion. The verbal fallout four years earlier from the 2007-08 global financial crisis was notable too for spawning its own lingo, in particular a penchant for acronyms that often signalled a shorthand for nefarious practices. The Mother of All Firewalls is brewed in this alphabet soup. Commonly repeated financial jargon from news reports is run through Google Insight software to plot its incidence in archived news articles between 2008 and 2012. These findings in the forms of graphs are visually transposed onto reclaimed acoustic tiles from Johannesburg inner city building rubble, to skeptically silence the result. The medium is deliberately visceral, including beeswax and rabbitskin glue, to counteract the disembodied spectral debt structures that ultimately formed an anvil of rupture. The honeycomb substrate upon which the tiles hang also references the mortgage debt crisis.

The Mother of all Firewalls is the core of a developing body of work to explore financial crisis and the language in which it is mediated. It was first exhibited on ‘Pointure’ at UJ Art Gallery (2012) catalogue text, p.25. A pair of related works Austerity and Bailout was exhibited on the exhibition ‘small works’ at Everard Read Cape Town (2012). The Mother Of All Firewalls was also exhibited during 2013 at a group exhibition ‘Suspicious Mind at UCT Michaelis Gallery followed by a second run at Iziko SA Museum Annexe mid-year in 2014. 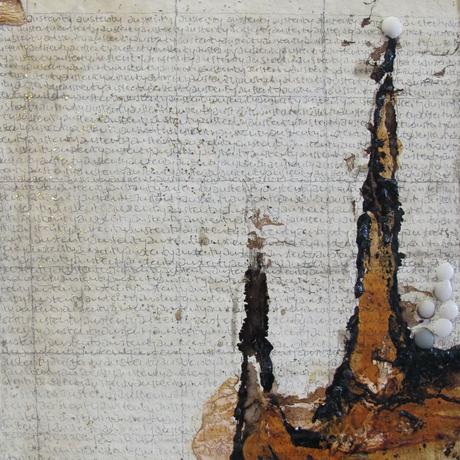 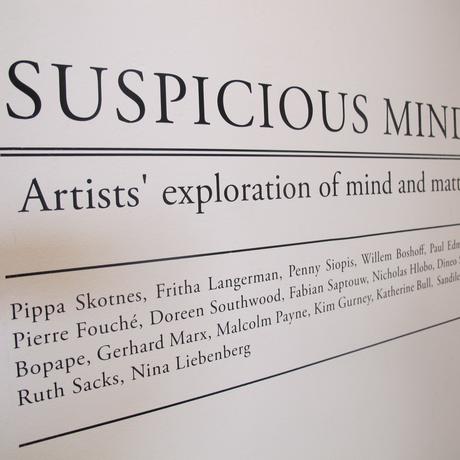 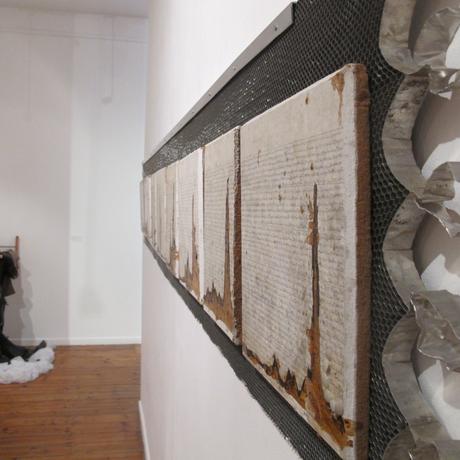 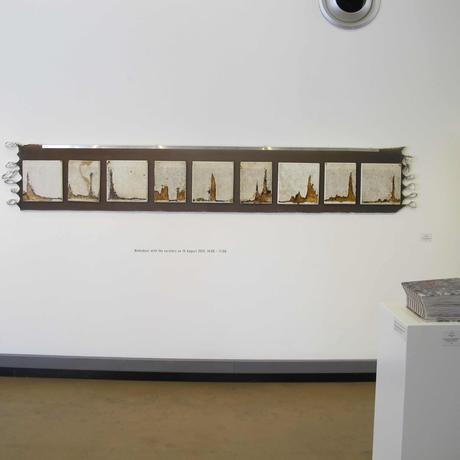 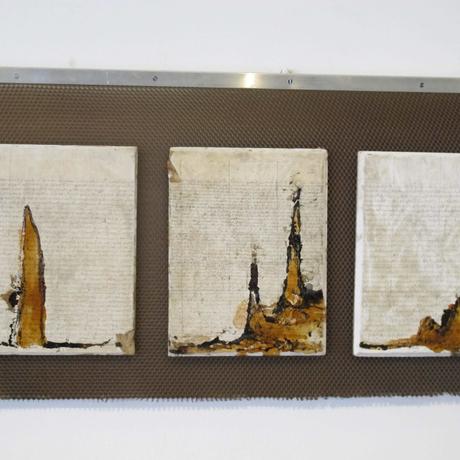 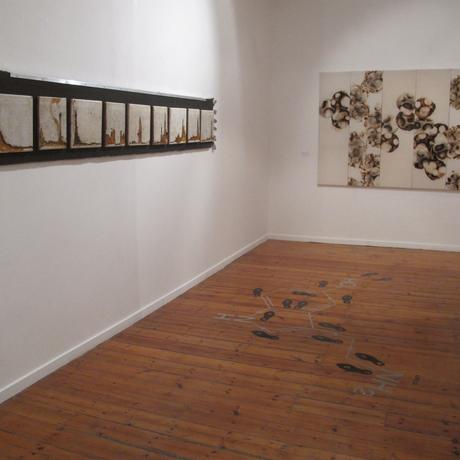 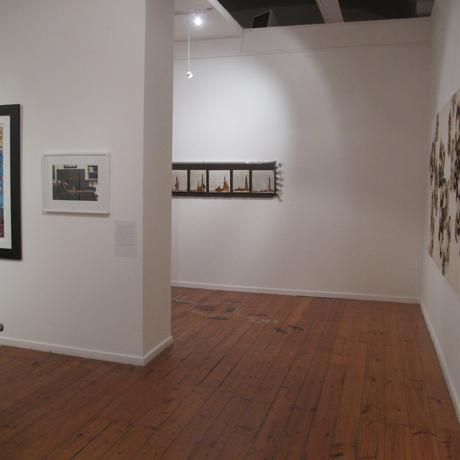 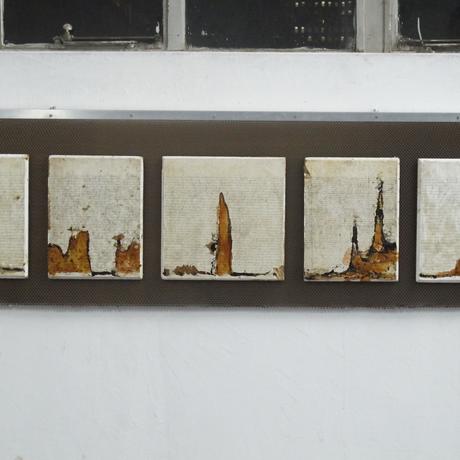 The Mother of All Firewalls (2012), studio detail