Bringing it Down brushes with the idea of biomimicry, or looking to nature for ideas to help solve human dilemmas, while also playing with the more esoteric notion of connecting ‘up above’ with ‘down below’.

This is a series of four paintings that reference two kinds of orientation markers: ‘landing guides’ or UV dots on petals, which are invisible to humans and serve as insect guides to nectar, juxtaposed in iridescent medium alongside man-made schematics for bringing aeroplanes down to land — the latter a navigational aid used by pilots mainly in inclement weather. These schematics are visually ambiguous suggesting the double play of a target, which evokes an undertow of environmental concern.

These paintings were exhibited on ‘Ecotopian States’ at UJ Art Gallery (2010) in a series of works reflecting contemporary anxiety around environmental issues while suggesting that alternative knowledge systems might offer new ways forward. They were largely inspired by documentation of San cave drawings specifically relating to the Ndedema gorge in the Drakensberg mountains and the methods used by the San to collect honey from bees.

These paintings are reproduced in a book by Heather Swan, Where Honeybees Thrive: Stories from the Field, published by Penn State University Press in 2017, pp.62-3. 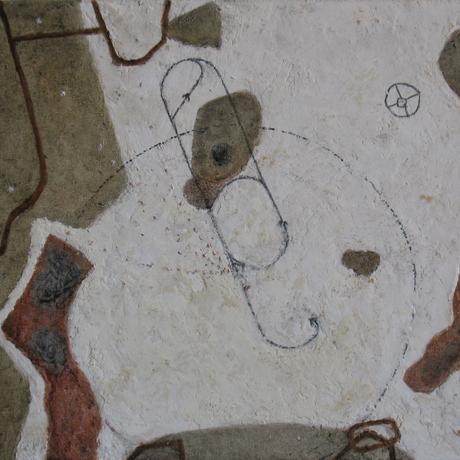 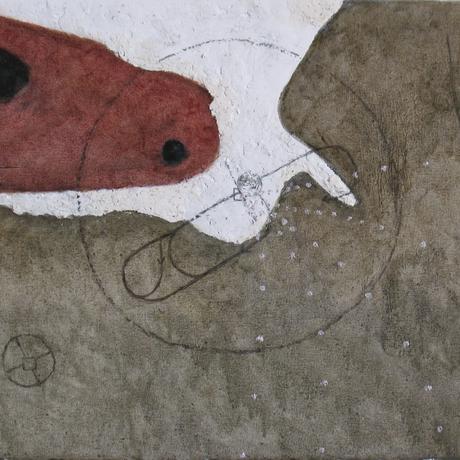 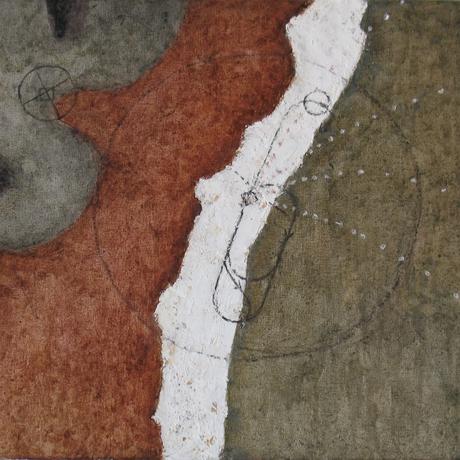 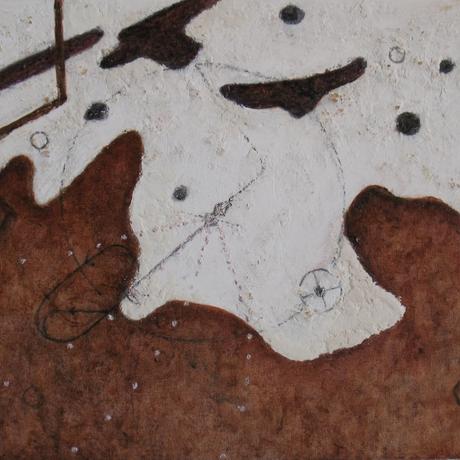