Kim is leading three research projects that have various narrative and artistic outcomes. Platform/ Plotform (ACC) explores the working principles of independent art spaces in selected African cities and how they correspond to the urban fabric. Its findings culminate in a forthcoming book, Panya Routes, and a pedagogical module. A second project (CHR) relating to independent spaces pays close attention to a 50-year document archive of one of South Africa’s oldest nonprofit art associations to render something of the invisibilities of this backstage life of institution-building in literary form. Finally, Green Screen (CHR) considers the labour of the imagination from the offscreen perspective of blue-collar artisans mostly linked to Cape Town’s post-apartheid film industry, anchored around the lifespan of a set built for a commercial. A journal article, a digital storymap, and a photobook tell some of its story to date with a final episodic storyline of the broader precinct still to come.

Kim works in an interdisciplinary way, drawing on a blend of expertise that spans journalism, fine art and urban studies. Kim was formerly a news journalist and has a lot of writing and editing expertise. She uses arts-based methods in her research and different narrative forms to connect the often insular artworld to broader spheres of public significance.

Her doctoral thesis dealt with art as a vector of value - firstly in artists’ studios, closely following artworks as they are made, and where they go; and secondly, tracking the journeys of artworks accessioned into a new private collection, enabled by the African continent’s first art fund of its kind. The findings bring these different forms of collectivity together to propose a public interest model of value drawn from the natural sciences, from which other kinds of valuation may flow. Her Masters (MA International Journalism) reflected on South Africa’s Truth and Reconciliation Commission, still ongoing at the time, and the media’s role in conflict reporting.

A selective range of recent and topical work is highlighted on these pages. A full record is available upon inquiry. 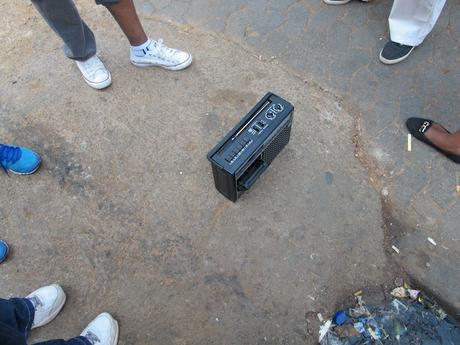 MayDay: Decolonisation, power and the public space is a podcast produced by Bozar, a centre for fine arts in Brussels, Belgium. “How should our streets, statues and monuments reflect the world we live in? Stella Nyanchama Okemwa, from the Belgian NGO Hand in Hand against Racism, is clear: we need to radically rethink how we celebrate power. In this episode, we take inspiration from South Africa, where #RhodesMustFall has created a space for unofficial rolling artwork, where anyone can take the stage. Writer and artist Kim Gurney, who has examined the case up close, shares her experiences with us.” Available on Spotify.

Independent art spaces as urban indicators. University of Leuven, Belgium. Cities in Development: Art in public spaces. Debate series on critical issues regarding cities of the global South, focusing in particular on how urban dwellers’ agency invents urban futures, 10 December 2019. The other guest for this invited lecture series on art in public spaces was Sandrine Colard, curator of the Lubumbashi Biennale, and Art Historian at Rutgers University. The talk was the final in a series, which included: Cities of exception, Cities of extraction, The right to the city, Colonial pasts and urban futures.

From platform to plotform: Artistic thinking in spaces of flux. Joint public session hosted by African Centre for Cities & Centre for Humanities Research. Venue: University of the Western Cape, Centre for Humanities Research, 29 May 2019. This public lecture shared findings from work in progress for the Platform/ Plotform research project investigating the working principles of independent spaces in five fast-urbanising African cities. The crux of this talk will soon be published in a journal article - details to follow.

Performing the Present Keynote address at ‘Being (in) Public: Encounters - Outside Place / Inner Space’. International Symposium. Belfast, Northern Ireland. Bbeyond in collaboration with Belfast School of Art at Ulster University, 5 April 2017. Keynote: Performing the Present (2017) - copy of text. This talk makes three moves through time and space to contemplate how art can help make sense of the contemporary moment and re-imagine city futures. First, it heads to the streets of Johannesburg for an overview of a curated trilogy of artistic interventions that explored notions of public space, New Imaginaries, to set conceptual ground in a framework of the commons. Next, it heads underground in Cape Town to a collaborative sound art intervention created with Pauline Theart, to animate some of these ideas from a network of tunnels. The final move considers the second life of a banished artwork of the imperialist Cecil Rhodes from a public campus in the same city.

The prompts, below, offer a demonstration of interdisciplinarity in outputs: 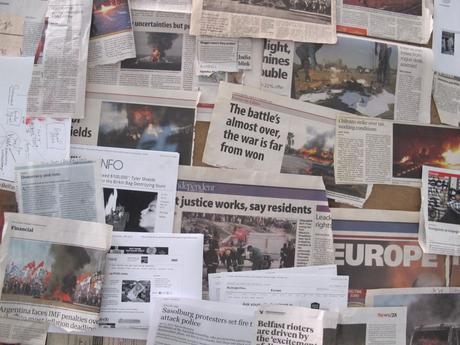 Two years of collected newspapers clippings about fire and burning in anticipation of a curated exhibition, which became a piece of writing instead: Ethnography of a Flame, in Critical Arts - see column opposite.

Muted Tones: the evolving life of distressed musical instruments: This article, first published in a longer version in Sunday Independent titled Life of a Piano, looked at the transformation of distressed musical instruments, focusing on pianos. These included one piano that had fallen off a truck and got resuscitated into a glass-fronted jazzed-up version; another defunct piano bought from the classifieds and set alight on a Johannesburg rooftop to create a musical composition from the crackling of its strings and innards; and a third vandalised for the copper underneath its legs, played by jazz artist Kyle Shepherd in a fundraiser for the music school the piano belonged to, and creating an improvised composition from the piano’s distorted form. 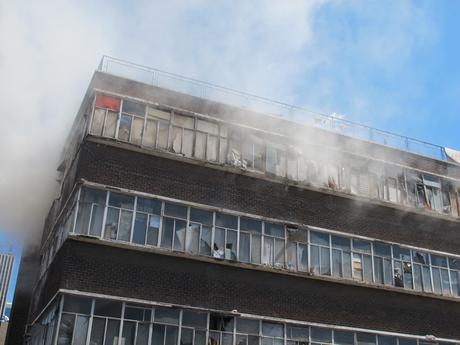 This is an image of the building opposite Kim’s former live-work studio space in August House, Doornfontein, on fire (2013). 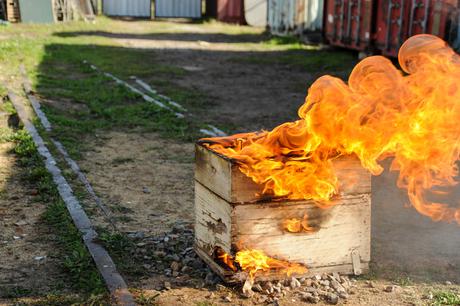 This is a still from a time-lapse artwork created three years later, Pulse (2016), photographed by Daleen Nel Hall. Details can be found in Fine Art section of this website. 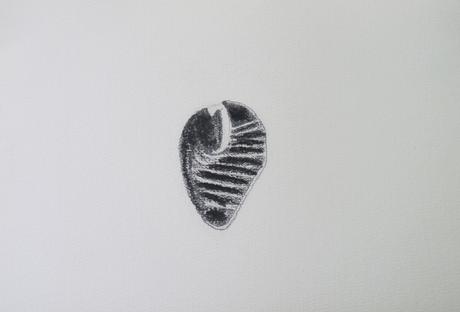 This drawing is one of a series 10 images of bees nests that accompany Pulse (2016), created out of the ashes of the burn of the defunct beehive.
Dimensions: 38 x 28 cm 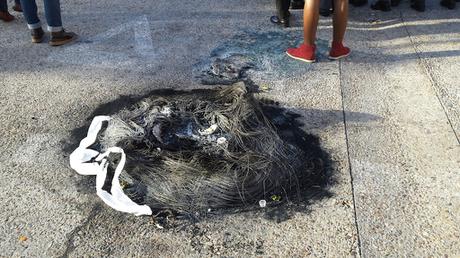 The final image, above, links to an ongoing project since 2015 documenting the afterlife of the voided plinth formerly hosting the Cecil Rhodes statue in Cape Town, which is not empty at all but the site of serial interventions. See all three ‘Zombie monument’ articles, right, above the image of the empty Rhodes plinth. A visual essay is forthcoming in Panya Routes.

A symposium was held as part of the research leading to the above book. ‘New Imaginaries, New Publics’ was organised by Kim Gurney and ACC hosted at Goethe-Institut Johannesburg, 21 February 2013. Download programme of speakers; Download event Rationale. Video recordings of presentations are available upon request.

Gurney, K. 2020. Green Screen. This digital storymap of creative nonfiction combines visuals, text and geolocation to tell the story of an artisanal workshop in Cape Town by following the life of a film set - how it is made, where it goes, and what it becomes. It’s a story about the backstage labour of the imagination and reconsidering city futures from an overlooked offspace, published with Centre for Humanities Research. 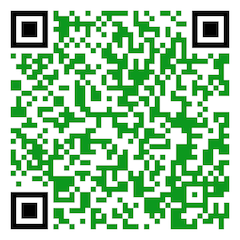 *Gurney,K. 2020. ‘Offscreen: Making it and faking it’. In: Writingplace. Readings(s) and Writing(s). Unfolding Processes of Transversal Writing, Vol. 3, pp.110-130. This article is about the life cycle of a set-build - how it is made, where it goes, what it becomes, and how it gets recycled into other second lives. It emerges from a Transversal Writing workshop and is prefaced by a reading on this process, written by Catharina Gabrielsson. This special issue of Writing Place gathers the outputs of that workshop process together and makes a case for a different kind of peer review.

*Gurney, K. July 2018. Zombie monument: Public art and performing the present. In: Cities. Special issue - Urban Geography of the Arts. Guinard, P. & Molina, G. (Eds). Vol. 7, pp. 33-38. DOI. This article reflects upon the performative afterlife of the voided plinth following the removal of the Cecil Rhodes sculpture from University of Cape Town’s public campus, and its impact on the public sphere. On this topic, see also: ‘Performing the Present: The Second Life of Zombie Monuments, an article published in Art Africa magazine. And, more recently, an article about the decapitation of the Rhodes Memorial, The Second Lives of Zombie Monuments, published by Africasacountry. 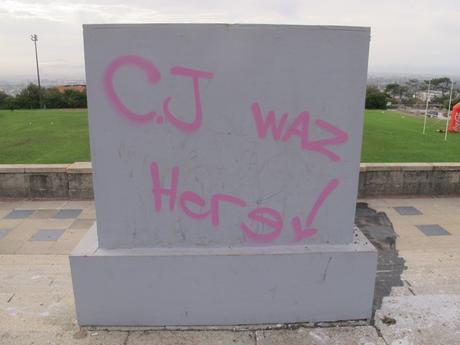 *Gurney, K. with photographer Sydelle Willow Smith. February 2015. The Conservationist. In: Cityscapes, Issue 6. This long-form nonfiction piece profiles Luzann Isaacs, who manages an ecologically sensitive urban wetland park in a most unlikely setting - surrounded by industria, a township, and a freeway, and notorious for neighbouring Cape Flats ganglands. Most strikingly, it has no fence and must negotiate its presence with dialogue and reciprocity justifying its value and indigenous knowledges. This article formed part of a series for a multimedia exhibition by ACC on Cape Town, City Desired.

*Gurney, K. 2013. Sounding the City: Urban Performance in Johannesburg. In: Kunstforum International, Issue 223: 10/13—12/13, pp. 94-107. This article includes aspects of the New Imaginaries trilogy (the subject of ‘The Art of Public Space’ book) and helped lay the grounds for its first chapter, which contextualises the project by surrounding it with examples of performative cousins.

*Gurney, K. September 2013 (online); 05 November (print). Ethnography of a Flame. In: Critical Arts: South-North Cultural and Media Studies, 27(4), pp. 439-443. This article is an experimental piece of writing that combines media excerpts, artworks and social disruption that variously engage burning. It is told from the perspective of the flame.

*Gurney, K. 2012. Mzansi’s Golden Economy and performance art. In: The Johannesburg Salon, Volume 5, pp. 98-101. This article offers a critique of economic validations of the arts sector in broader creative economies discourse, which is an abiding interest. Most recently on this issue of art and value, Kim’s PhD offers an ecological model for a public interest argument.

*Gurney, K, with photographer Delwyn Verasamy. Winter 2012. A Visionary Statement, reportage on the contested notion of Johannesburg as a ‘world class city’. In: Cityscapes, Issue 2, pp. 56-71.

*Gurney, K. 2012. The Fractured Public Interest. In: Rhodes Journalism Review, Issue 32, p.8. This article speaks to shifting ideas of the public interest, hinged to the controversy of a painting, The Spear. It brings together the fields of art, politics and journalism towards a growing global understanding of the commons as a field of open and agonistic contest.